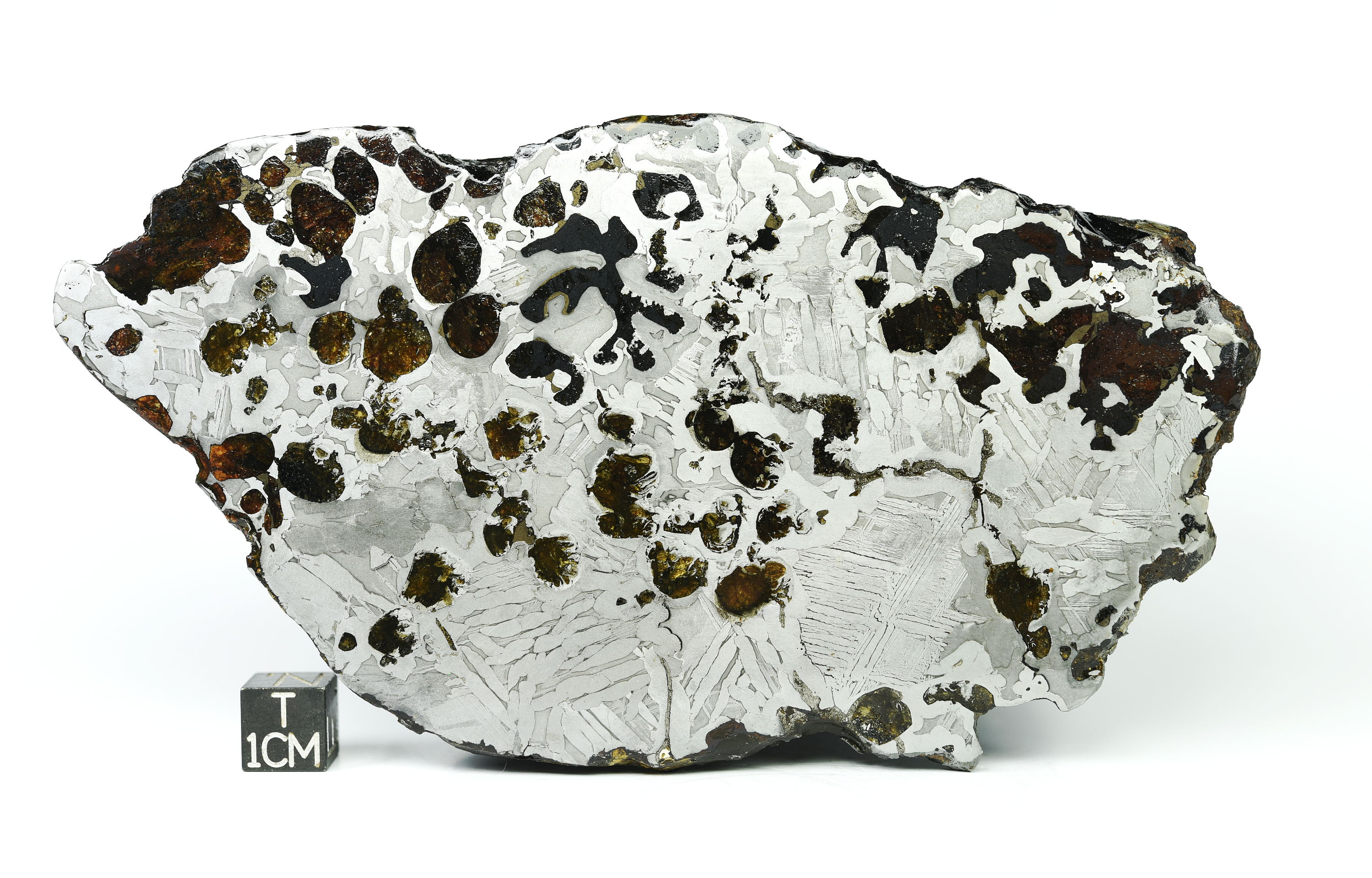 DISCOVERY OF SEYMCHAN IRON METEORITE, USSR
Name: SEYMCHAN
The place of fall or discovery: The meteorite has been found in a brook-bed flowing into the river of Hekandue, a left tributary of the river of Jasachnaja of the Magadan district, USSR.
Date of fall or discovery: FOUND, June 1967.
Class and type: IRON.
Number of individual specimens: 2.
Total weight: About 351 kg (about 300 kg and 51 kg).
Circumstances of the fall or discovery: The larger specimen has been found by the geologist F. A. Mednikov during a geological survey. The meteorite hardly seen was lying among the stones of the brook-ebd. The smaller specimen was found at a distance of 20 m from the first one by I. H. Markov with a mine detector in october 1967. The main mass was turned to the Academy of Sciences of the USSR.
Source: Report of geologist F. A. Mednikov (Magadan, USSR) in a letter, VIII 15, 1967 and of V. 1. Zvetkov (Moscow, USSR) in a letter X 17, 1967. 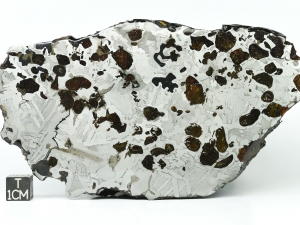 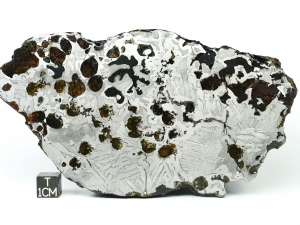 Seymchan pallasite 273g etched full slice
[ You may contact me directly at illaenus@gmail.com ]