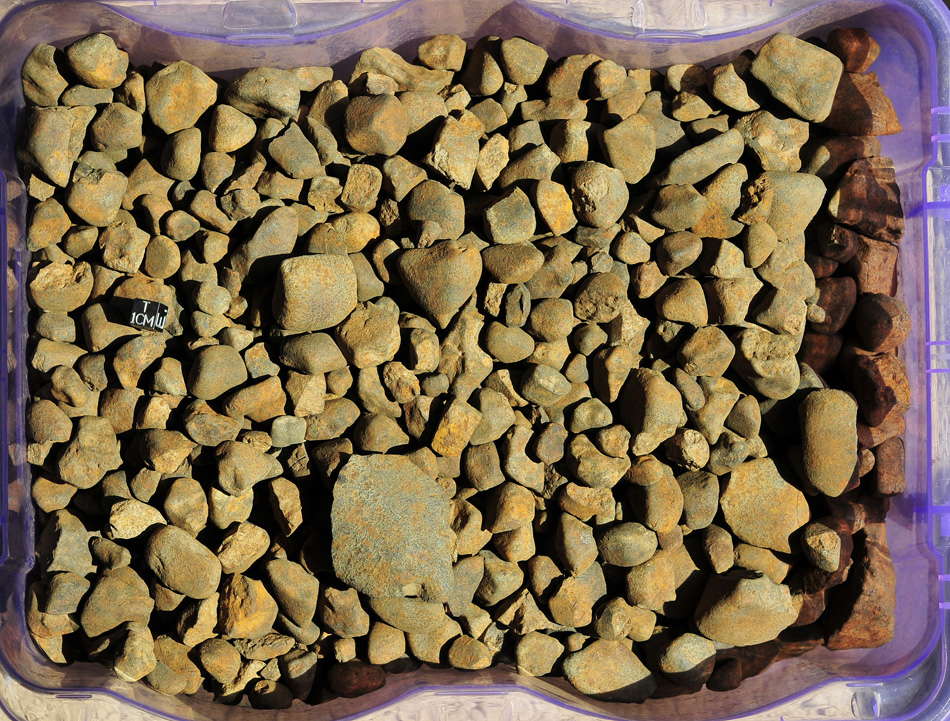 I have 18 kg of small uncleaned pieces, if you want few or more,
ask for details: illaenus@gmail.com

Gao-Guenie, new name With the recent paper by Bourot-Denise et al. (1998), the Meteorite Nomenclature Committee has decided that a new, collective name, Gao-Guenie, will be bestowed upon all meteorites formerly identified as either Gao (Upper Volta) (frequently truncated to Gao) or Guenie. It had been reported that two meteorite showers occurred one month apart in 1960 in the country now known as Burkina Faso. But the new work confirms long-held suspicions that the two meteorites are indistinguishable from each other and that there was most likely only one fall (1960 March 5). The confusion about this meteorite has been compounded by the fact that new stones continue to be found ~40 years after the fall and are given arbitrarily one or the other name. Henceforth, the official name for all meteorites from this shower will be Gao-Guenie, with the names Gao (Upper Volta) and Guenie as recognized synonyms.